skip to main | skip to sidebar

Peter DeFazio and the Oregon Kiwi Group: What's the Story? 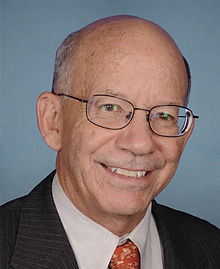 The Oregon Kiwi Group
ISSUE IN BRIEF: Since April of 2001, Peter DeFazio has been an officer of an organization known as The Oregon Kiwi Group. The registration of this assumed business title coincides with DeFazio’s purchase of property in New Zealand. The details surrounding the Oregon Kiwi Group strongly suggest that DeFazio, for more than ten years, has engaged in secretive corporate activity.

But what is the purpose of an assumed business title? The state of Oregon’s website states the following in regard to assumed business names: “Anytime you are doing business in Oregon and are not using the legal real and true name of each owner in the title of the business, you must file an Assumed Business Name (unless you wish to file as another kind of business entity such as a Corporation or a Limited Liability Company).”The presence of multiple records substantiating OKG’s existence, and DeFazio’s involvement, is incontestable evidence that DeFazio has not been perfectly honest with Oregonians about his secret corporate life.

Who is involved in the Oregon Kiwi Group?
The business records of OKG list four officers: James R. Johnson, Rebecca Boyer, John Ebeling and Peter DeFazio. James Johnson appears to be a political consultant. Rebecca Boyer and Johnson are both somehow connected to the Eugene Parks Foundation. John Ebeling, 60, and his wife, Gerilyn Baxter, 51, own an import car service shop, Sandpiper Import Service. Ebeling and Baxter co-own a house in La Pine with Peter DeFazio and his wife, Myrnie L. Daut.

Why is the Oregon Kiwi Group important to the 2012 campaign?
Peter DeFazio has never spoken publicly about the Oregon Kiwi Group. As multiple public records demonstrate, he has a stable and enduring association with OKG and its other officers. Yet the press has not reported on the group’s existence, and DeFazio has routinely insisted that his love affair with New Zealand is innocent and folksy. But his involvement with the OKG suggests that his relationship with that foreign nation may be more commercial than he admits. Or perhaps it’s a coincidence that DeFazio bought property in New Zealand at the same time he was forming the Oregon Kiwi Group?

DeFazio has never disclosed any income related to the OKG in his mandated financial disclosures to the U.S. House Ethics Clerk; however, he does disclose three bank accounts in New Zealand, one and a half vacation homes, rental income on those homes, as well as a series of private investments in companies that operate in New Zealand or Australia.

Further Information:
According to property sale records, Ebeling and Baxter in July of 2001 paid $75,000 for a property at 1301 Lincoln St, Eugene worth $456,293. The purchase was made with the help of a $35,000 loan from Washington Mutual Bank. But how are we to explain the difference between the value of the property and the sum paid? Furthermore, why are DeFazio and his wife’s names associated with these two properties? The evidence, though inconclusive, suggests DeFazio and Daut played a role in the acquisition of the property.
Records show that Peter DeFazio in April of 2001 shared a PO Box 1, Eugene with Gary L. Gillespie, Shu Fen Yang, and Diana K. Bazamele. While it is unclear at this time who Yang and Bazamele are, Gary L. Gillespie is the head of the Oregon branch of AFSCME – the largest government employees union in the nation. Question: Why did Peter DeFazio share a PO Box with the head of Oregon’s chapter of AFSCME?

DeFazio owns a yacht which he keeps in South East Washington, DC and apparently lives on when Congress is in session. The yacht is a 33’ Cruiser named Eastward Ho!
According to Deschutes County property records, DeFazio, Daut, Ebeling and Baxter collectively own a property at 53880 Pine Grove Rd, La Pine 97739.